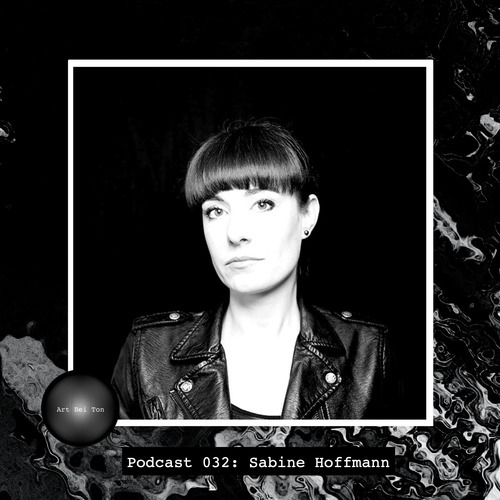 For the 32nd episode of our podcast series, we are very happy to welcome the great Berlin-based DJ Sabine Hoffmann.

Playing last summer at our Ambient open-air Art Bei Ton x Waxing Phases, she brings us, through her Ambient/Techno vinyl set, to meditate between some atmospheric and cosmic vibes.

Sabine was born and raised in Berlin. She grew up listening to a diverse array of hip hop, soul, funk and crossover beats. Sabine discovered her passion for spinning vinyl around the early 2000’s, when she was first exposed to electronic music. She plays a deep blend of techno, electro, Chicago & Detroit house with nuggets of acid, funk and breakbeats rolled in.

But regardless of the style, you will always find Sabine playing vinyl only sets as she prefers the warmth of analog sounds and the classic feel of turntables. She has played at almost all the leading clubs in Berlin such as About Blank, Salon zur wilden Renate, Berghain Kantine, Griessmühle, IPSE, Farbfernseher, Golden Gate, Arena Club and the list goes on. Her international profile has been steadily increasing, she already played in Tbilisi, Paris, Baku, Yerevan, Krakow and Thessaloniki to name a few.

Sabine is the founder of “Frauengedeck”. It´s an event series focusing on an all female line up. She wants to support and present female DJs. She has held many events at different clubs throughout Berlin like Wilde Renate, Griessmühle, Farbfernseher and Beate Uwe. The first international events outside of Germany, were held in Armenia, Azerbaijan and Georgia other country's will soon follow.

Since 2016 Sabine works at the well known OYE record shop in Berlin. She is also hosting a monthly Frauengedeck livestream, which is streamed from the OYE record shop.

She finished her Audio Engineering studies at SAE. Inspired by her gained knowledge, she started putting her focus on music production. The first result, a collaboration with No Mad Ronin is available on the label Zaijenroots.

For worldwide bookings please go in contact with [email protected]