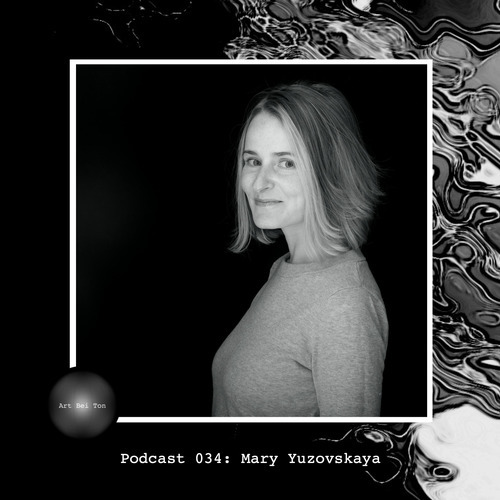 For our 34th podcast, we are very happy to share with you the recording of Mary Yuzovskaya's set from our online event “Monument x Art Bei Ton” airing on December 15th.

This event curate a full lineup of women to highlight some talented female artists involved in the hypnotic techno scene and raise awareness of gender balance in the industry.

By way of NYC, Berlin and before that Moscow, vinyl only techno DJ, producer and record label owner Mary Yuzovskaya has been cultivating her unique orbit in the electronic dance music firmament for over 14 years.

Having graced the decks of all Moscow’s hotspots back in the mid-2000s, Mary moved to Berlin, where she became recognised for both her blisteringly-precise vinyl-only techno sets and her painstakingly professional approach to the craft of DJing. After relocating to NYC in 2013 Mary quickly became a key figure in the US scene, performing regularly at different venues including multiple residencies at some of the city’s institutional parties like Unter, where she was a staple for three years, as well as working as a vinyl distribution manager at renowned Brooklyn-based record shop Halcyon.

Back in Berlin since 2020, Mary solely runs her very own record label called Monday Off ( @monday-off ), launched in 2017, where she curates and presses work from artists that explore techno's trippier, more hypnotic side. Maintaining the connection with North America, she currently holds a residency at Public Records club in Brooklyn.

Mary has been busily traveling the world and performing her unique take on techno music’s deeper vibes at many noted clubs and parties across the world, including ://about blank, Basement, Compound (LA), Distillery (Leipzig), OHM, Output (Brooklyn), Propaganda (Moscow), and Tresor, to name only a few.

8. Mary Yuzovskaya - Working B [Monday Off]