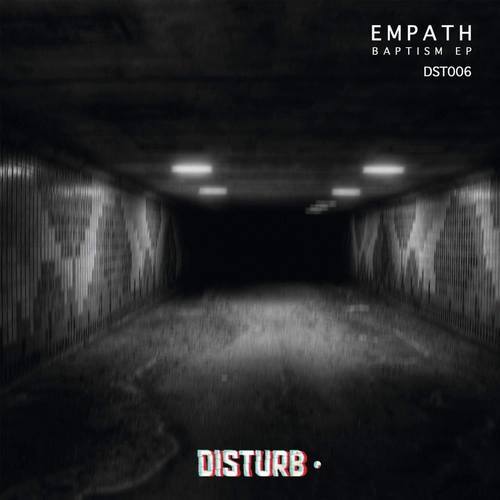 "Straight out of the murky streets of Tampere, Finland, Empath storms the Disturb barn like a last minute ray of splashy light sweeping the sidewalks on a chill spring afternoon. A member of the duo BuRu, the norseman couldn't have found a better way to make his solo debut, coming in various colors and shapes of techno acumen, guns blazing, and ready to suck the listener into his dioramic production values, which lie somewhere between the restless ostentation of the wiseguy and the somber musings of the ill fated. And where 'Baptism' wags its tail with a dubby, gospel-infused attitude, 'Moist' immediately sets the record straight by venturing into a late night acid-inspired reverie. The record then skids to a darker place, as 'Grimoire' shows its menacing mug, before finally settling with the hypnotic grooves of 'Burned Vehicles', a proper send-off from a very fine producer."